Statistic can be deceiving. It’s even easier to deceive or genuinely fail to understand their implication. I’ve just heard such of leap of reason.

Chris Hogan have just release his new book, Everyday Millionaires(2019). I did not read it yet. I’ve heard a startling statistic that 10% of the millionaire come up from Ivy League. 90% did not gone to Ivy League in order to get millionaire. 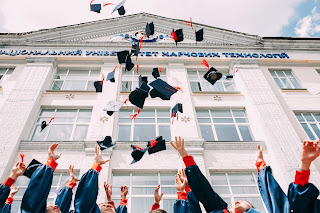 It seems on the surface that it tells us that you don’t have to go to Ivy League to be millionaire. This is true. The reverse is not so evident. According to a simple google search, we see that the % of American who have gone to Ivy League is roughly 0.2% (Quora). The statistic is probably off. The percentage of millionaire in America is roughly about 11% (DQYDJ).

If we merge the three statistics, than we can tell that going to Ivy League has a huge correlation to becoming millionaire. They are massively over-represented! The argument goes along the line:

Probably some of these statistics are incorrect. 500% chance of becoming millionnaire is illogical. At least they are incoherent. Regardless, it gives a rough idea that most Ivy league graduates are going to be millionaire. They are mostly all going to be.