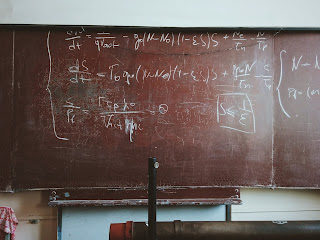 In the recent study from CIA, there was some disturbing news on how weak the financial literacy was in Canada. In order to fight the good fight here's a few points that everyone should be aware of :

Annuity Puzzle
If ever you want to guess the value of a pension annuity, multiply the annuity by 11-15. In the study, they've asked a 1,000 person to how much would they willing to pay for a 100$ monthly annuity. Based on the above, that would be 13,200$ to 18,000 (100$*12*11 to 100$*12*15). 660 persons in the study responded that it should be below 3,000$ ! I understand that they do not have great publicity, but that's a high discrepancy. The risk of the insurer not able to honor the annuity is slim. Many laws, oversight agency, reserve and insurance exist in order for the insurer to honor their policy contract.

Please be aware, having constant payment until your death have a substantial cost. Probably more than you believe to be, but mostly not because of "insurance profits and margin".

Inflation exist!
As the saying goes : A dollar today is worth more than a dollar later. However, the reverse is also true, A dollar later is worth less than a year later. Would you believe that 310 persons would rather have a pension of 2,358$ steady (not indexed for inflation) than 2,358$ indexed for inflation. This is like free money at no cost that would not get picked!

While more understandable, 540 persons would rather get 1,966$ steady income than 2,358$, even though that at 1-3% inflation the indexed pension would surpass the steady one before 10 years in. In the grand scheme that leaving some money on the table, but at least you get to use it when you are younger.

On the other hand after the research showed the participant of the amazing power of inlation, 40% would rather get 1,551$ indexed for inflation than 2,358$ steady pension. This would break even around 20 years in retirement.

If we look at this through the lense of the 4% rule, it's amazing that it get so much traction as inflation is so missundertood among the population. Without fear of inflation, you can get away with a safe withdrawal rate (at 60% equity allocation) of 4.6%. Said differently, you would need 14% less funds to retire. With Accumulation Dynamic Decumulation with a 6,5% withdrawal rate, you need a 49% less funds to retire. That means a year or a decade of earlier retirement. Not too shaby if you do not believe in inflation.
à juin 22, 2018